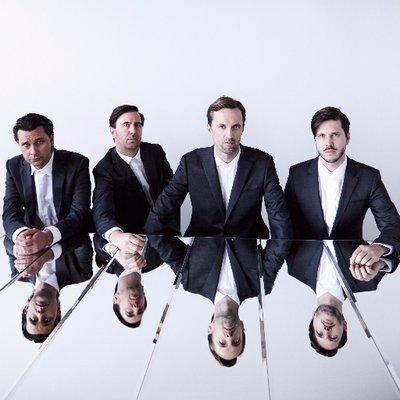 Cut Copy are an Australian electronic music band formed in 2001 by DJ Dan Whitford (vocals, keyboards and guitar). Initially a home-recording project, the band now includes Tim Hoey (guitars), Ben Browning (bass guitar) and Mitchell Scott (drums). So far they have released four studio albums, an EP and a number of singles and remixes. They achieved breakthrough success in 2008 with their second album, In Ghost Colours.